I need a couple of books, The Spanish Civil War for Dummies and Catalonia:Independence for Dummies.

Jose, a FB friend of mine, kindly supplied an old photograph of a group of soldiers which included his great-grandfather, Jose Llopis Llopis, taken during The Civil War at the time of The Battle of the Ebro which dates it between July 25 – November 16, 1938.

The optimistic looking group are sat outside a parcel office at Teruel in Aragon.

You’ll note that they are not wearing boots and that’s because they had been working in the fields. Jose’s relative is the soldier in the dark jacket, which denoted his position of being in charge of the food store. His captain put him in charge to protect him a little and protect him from the front lines.

Jose had a son that died in infancy. He brought his wife to Teruel to breast feed the son of the Captain whose wife could not produce milk.

He used to swim across the wide river Ebro and steal corn from the Republican army. He was a brave man swimming back across the river with a sack of corn on his back.

He also fought in the Sahara with Franco’s troops against the Arabs. He survived the war and died in old age.

Atrocities were carried out by both sides; one example is Manuel Aranda Espejo of my adopted village, a victim of religious persecution who was murdered in 1936 by militants.

And just like every other futile war there was a tremendous cost. An estimated 600,000 died and nearly ½ million became refugees, with only 150,000 returning at the end of the war.

Finally, and on a lighter note, is it just me or does the soldier on the far left look like Eden Hazard? 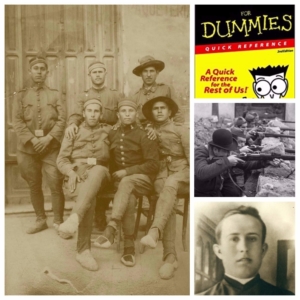