My Great Uncle Died at the Battle of Teba in 1330

On the 25th August 1330 my great uncle, James Douglas, fell at the Battle of Teba near Malaga in Spain.

He was a son of Sir William ‘the Bold’ Douglas my 18th great grandfather.

Sir James ‘the Good’ Douglas was a knight and Lord of Galloway. He fought in several battles alongside Robert the Bruce including the Battle of Bannockburn.

Before Robert’s death in 1329 he asked Sir James, his friend and lieutenant, to carry his heart to the Holy Land in redemption of his unfulfilled crusading vow; Sir James set out the following year, bearing the embalmed heart in a silver casket.

Having set sail from Berwick upon Tweed with seven knights and twenty six squires and gentlemen they arrived at Seville in Southern Spain after first having stopped at Sluis (Flanders).

Whilst supporting King Alfonso XI in the battle of the Castle of the Stars he died fighting against the Saracens (Moors).

A memorial plaque has been erected in Teba. 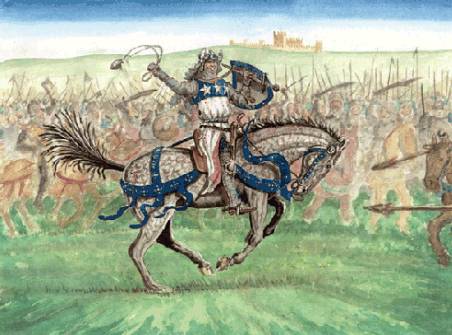 The Good Sir James throws Bruce's heart at the Moors by Andrew Spratt. 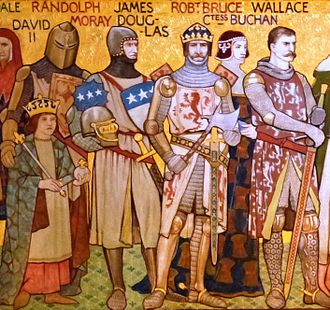 James, third from the left. By William Brassey Hole.