Pickled as a Newt

Pickled as a Newt

The term pickle is derived from the Dutch word pekel, meaning brine. Pickled as a newt is an English phrase for being pissed.

Pickling is the process of preserving food in brine or vinegar and this method has been used for thousands of years, particularly in India and other parts of Asia.

In Fiji, for example, before a man could woo a girl he had to show his prowess by allowing her parents to inspect his pickling pits in order to prove he was good marrying material. I am going to try something similar – you show me yours and I’ll show you mine.

Even Christopher Columbus’s ships carried pickles as they are packed with vitamin C and thus helped avoid scurvy. Brits are often referred to as ‘limeys’ because their ships carried citrus fruits for the same reason.

In days gone by fruits and vegetables were pickled in order to survive hard and long winters. Now, in the main, we can pickle in times of plenty to enjoy in the winter. Pickling has enjoyed a recent boon from chefs and foodies alike (and me) as they add an interesting and acidic punch to dishes and it is very cheap to produce.

However, apart from pickled herrings, pickling is rather new to me. And now I have the pickling bug from onions, mixed vegetables to chillies.

Pickling vegetables not only improves their texture and flavour but it can also make them more nutritious – by introducing B vitamins produced by bacteria.

And recently I watched The Hairy Bikers’ Asian Adventure – Korean episode on catch up and there was Kimchi, I had it once in Hong Kong and now I am going to pickle cabbage, Kimchi Andalucían style.

According to Korean scientists, Kimchi contains as much as twice the levels of vitamins B1, B2, B12, and niacin as unfermented cabbage contains. Now you know.

Meanwhile, whilst in pickling mode and having some green chillies to hand (Francisco, in my local fruit and veg shop told me they were muy, muy picante, he even wagged his finger to emphasis the fact) I decided to give it a go and here’s the recipe which has been specially requested by a friend, Fran Rajewski, who is slowly recovering from surgery. I’m sure my picante pickled green chillies will help with her mending.

Use your usual sterilisation method. I place my jars in the oven for 10 minutes at 120°C and the lids under boiling water for the same time.

Place the chillies in a colander and scold with boiling water, set aside to cool as you will have to pierce them in order that the pickling solution penetrates them.

Place them into the jar and add whatever spices suit you. I added:

Plus a teaspoon of salt and a good sprinkle of brown sugar.

Apart from flavouring the vinegar the spices are antimicrobial – they kill micro-organisms or at least they inhibit their growth.

Now cover with vinegar of your choice (white wine in my case) making sure everything is submerged. Now tap the jar in order to release any air bubbles, screw the lid tight then store in a cool dark place until the chillies start to turn light green. 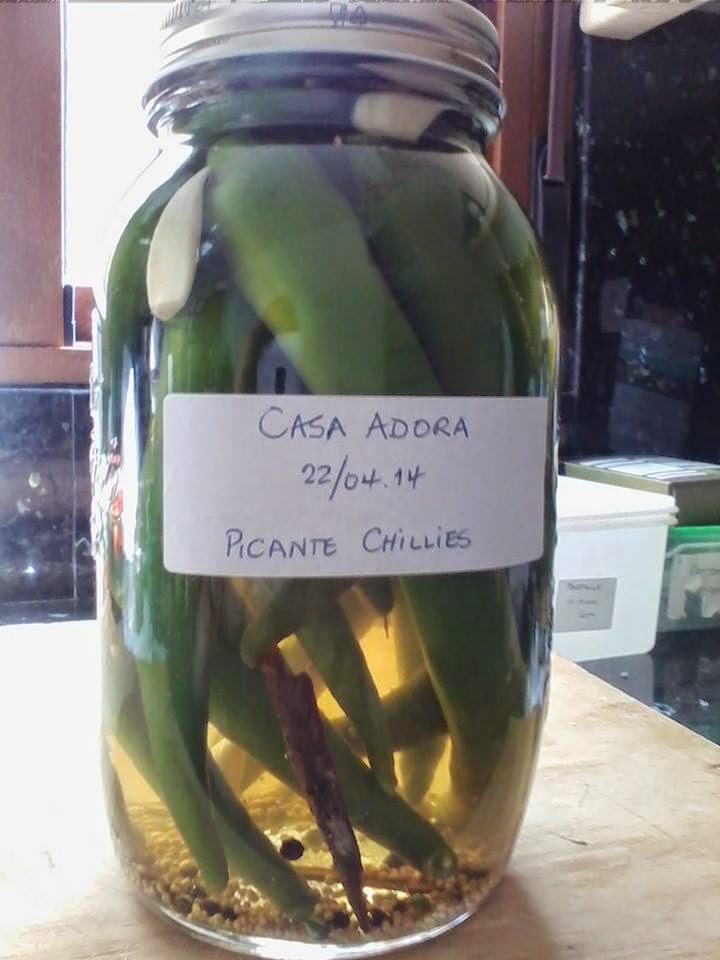 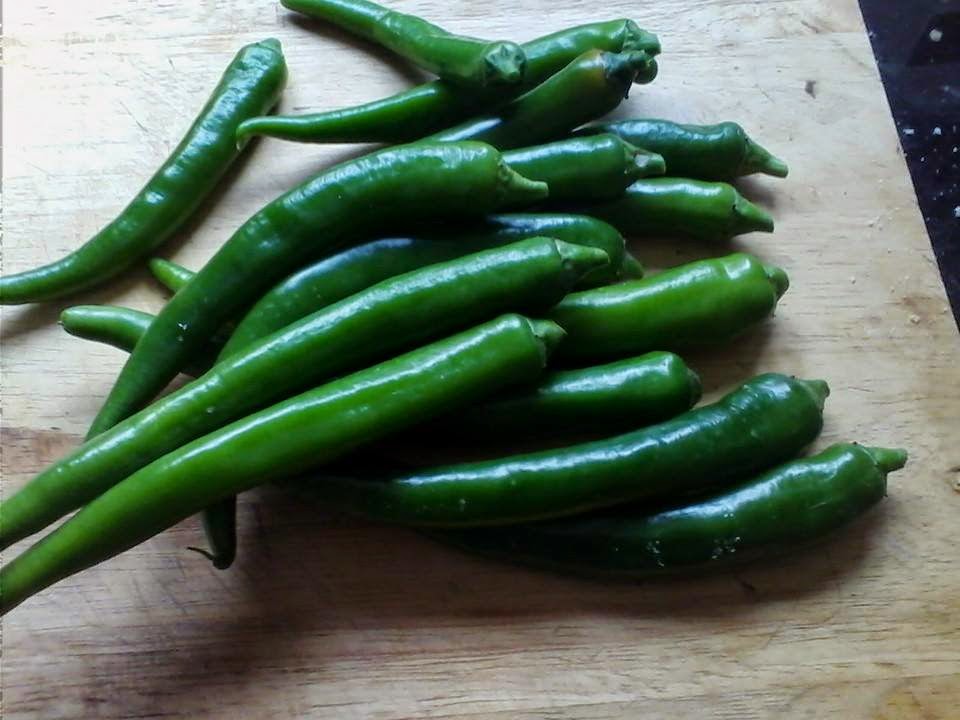