It all started several weeks ago on one very, very hot August afternoon.

I had a site meeting in my garden with my builder, his name is Vincent. It usually amounts to several cold beers and a chin-wag about bricks and life in general. On this occasion there was an old excavated Coca-Cola bottle that was perched on my garden table. It was chipped, dirty and uninteresting but it got us discussing the merits of bottled or canned drinks. I prefer bottles and if it is beer then Vince doesn’t care, he would accept it in a rusty bucket.

In a previous life Vince was part of an amateur diving team based in Devon and in the 1980s they would dive and explore wrecks retrieving an artefact or two. I’m not sure what the Receiver of Wreck would say but they collected bells, cannonballs and 6 miles south west of Eddystone in the English Channel they recovered several bottles but when surfacing the corks imploded except for one. The one owned and still in the possession of Vince.

The bottle is sitting in front of me (left) as I write this.

He said it contained mineral water and was bottled at the ‘Appolonade’ bottling plant in Germany. I asked for the name of the ship, ‘I think it was the Dirigo, it sounds Spanish to me’ was his response.

Dirigo is actually Latin for ‘I lead’ and is the motto of the US state of Maine where, S.V. Dirigo, was the first steel ship built in the United States, in 1894. Interestingly it was British designed by J.F. Waddington of Liverpool and amazingly the steel was supplied from Motherwell in Scotland by David Clolville & Sons. 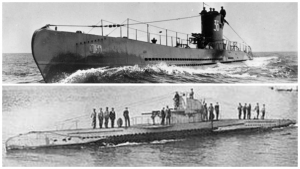 If you are wondering why the Dirigo is 55 metres below sea level off the Plymouth coast then I can tell you that she was stopped and sunk on 31 May 1917 by German U-boat 23 commanded by Hans Ewald Niemer. There was one casualty. She suffered another war time skirmish but not so disastrous, in March 1916 when she was arrested by a British patrol boat and escorted into port at Lerwick in the Scottish Shetland Islands, where the cargo of barley was confiscated because it was believed that the cargo destined for Sweden would be transhipped to Germany. 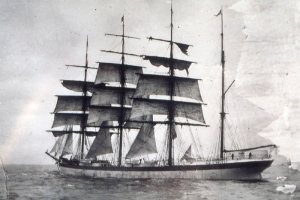 Now getting back to the one and only intact bottle of mineral water is also rather interesting. It was indeed bottled in Germany at Bad Neuenahr-Ahrweiler, and Apollinaris is the name of the naturally sparkling mineral water which brings me back to Coca-Cola, today’s owner of the spa and brand.