When I get the chance I ask the butcher to slice me some thick chops as chuletas are usually too thin for my liking, they are great for a quick sear on the BBQ or planta but just don’t cut it like a thick juicy chop. However, on a rare rainy day in provincia Jaén I only have thin chops but it is a thick juicy pork chop that I fancy for dinner.

Anyhow, taking two thin chuletas to make up for their skinniness I am making sure that they do not dry out when cooking so first up I have marinated mine in a little olive oil, finely grated garlic and lemon zest.

Over a medium high flame sear the chuletas in a hot pan, browning all over. Set aside and add sliced onion to the pan and cook until starting to soften. Add some of yesterday’s gravy* to the pan and return the chuletas, turn down the heat and braise until the chuletas are cooked through – it won’t take long. The liquid should have reduced, in not, remove the chuletas and turn up the heat.

Serve with mashed potatoes and vegetables of choice.

* In the absence of left over gravy use a chicken stock cube or granules but it won’t be the same! 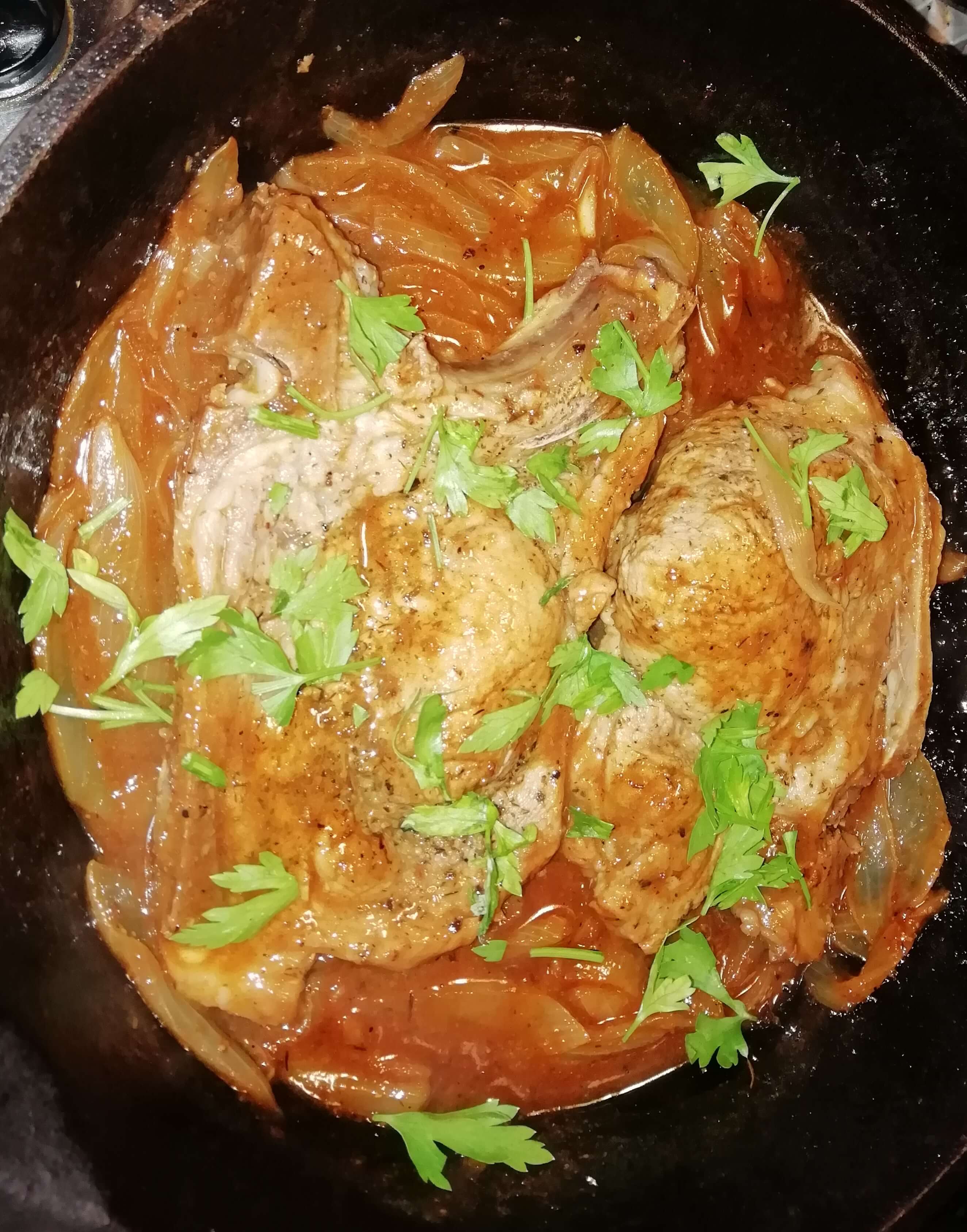