This is a traditional Sichuan dish named after a man called Ding Baozhen (1820–1886), who was a Governor during the Qing dynasty. His official title was Gong Bao (Kung Pao), a palace guardian.

This doesn’t take long, in fact the preparation takes longer than the cooking process.

Make a stock by combining the below then set aside:

Stir fry slice chicken breast in sesame oil for 2 – 3 minutes then set aside.

Return chicken and stock then cook for 3 – 4 minutes until the stock has thickened and the chicken is cooked thoroughly. The vegetables should have a bit of a crunch. 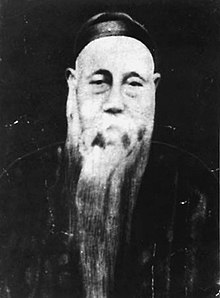 Ding Baozhen, the Qing dynasty official in Sichuan after whom the dish is named