How Long Will You Live?

How Long Will You Live?

Research shows that Spaniards can expect to live until 82 and if you are lucky enough to be born in Monaco then you could reach 90. On the other hand if you were unfortunately conceived and brought up in Sierra Leone then you’ll be lucky to live beyond 45.

Much is made of the Mediterranean diet but I don’t see too much evidence of that… people eating lots of fresh fruit and vegetables, nuts and fish in my Spanish village? No, not much more than back in the UK, perhaps less even. And what’s more they smoke like chimneys and drink copious amounts of alcohol too. They even drive their kids to the local school.

The island of Guernsey is very wealthy, has a low crime rate, half decent weather and most inhabitants have access to good health care. They don’t have heavy industry either. So you’d expect the population to live beyond 80, and they do, on average – just like Australians and those born in Switzerland, Andorra, San Marino, Japan and Sweden.

Spain is listed in 8th position according to the World Health Organisation. The UK is 19th together with Germany and Greece (Greece?) and others, the USA comes in at a rather poor 34th, equal with Colombia, Nauru, Cuba, Qatar and Costa Rica.

And if I don’t get mown down during the school run then I intend to live for another 41 years on a diet of lemons, garlic, tomatoes, beer, cava and red wine. Oh, and Andalucían sunshine. 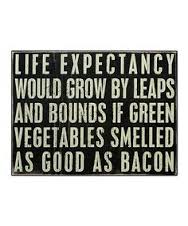