My connection with Rome starts in year 530BC.

Attius Clausus was a wealthy Sabine merchant born in an ancient town Regillum in Sabinum north of Rome. After a war between Rome and the Sabines ends in 504BC he and his substantial followers emigrated to Rome where they were warmly received. Shortly after his arrival he was given the name – Appius Claudius Sabinus Regillensis and was invited to join the Senate.

He had a son, Appius Claudius Sabinus Regillensis, with an unknown woman around 495BC. He was a Roman Consul in 495BC and was the legendary founder of the Roman gens Claudia.

However, the chronological line is confusing with two different men often seemingly the same person, however, I ploughed on and pick up my story in the year 140.

It is the time of a hero of mine, Marcus Aurelius, a Roman Emporer and great philosopher. It was also the year when olive oil from Hispania Baetica peaked. Hispania Baetica is now known as Andalucia, where I currently live.

It is also the birth year of my 57th great-grandfather Marcus Pupienus Maximus, a Roman Senator (140-178).

164 was both a joyous and very sad year for Marcus.

Firstly, he married Clodia Pulcha, daughter of Appius Claudius Pulcher, Consul suffectus (120-?) and Sextia. And she bore his child, Pupienus Maximus. It is likely that she died in childbirth because she also died in 164.

Pupienus was born at Volterra, Tuscany, Italy in 164.

He was Consul of Rome in 217 and 234. And in 238 he was Roman Emperor with Balbinus for three months, during the Year of the Six Emperors. 22th April – 29th July 238 (with Balbinus, and in revolt against Maximinus Thrax).

On 29th July 238 both emperors were seized at the Flavian palace and dragged back to the Praetorian barracks where they were tortured and brutally hacked to death in the bath house.

Flavius Julius was born in 365 at Narbonne, Aude, Languedoc-Roussillon, France. He married Magna (367-425) in Rome.

Praetorian Prefect of Gaul in 418 and Consul of Rome in 421. 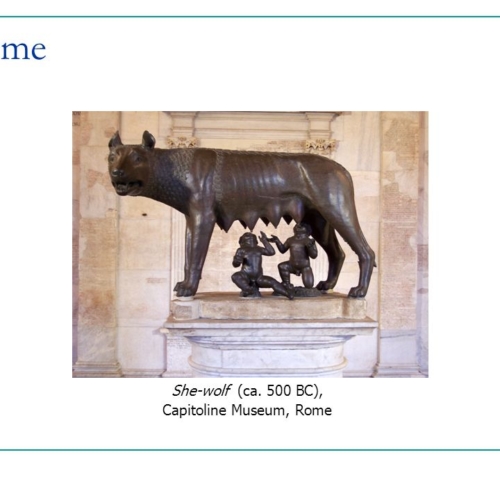 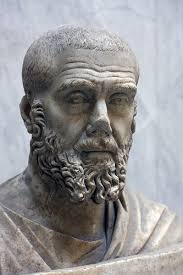 Province of the Bética 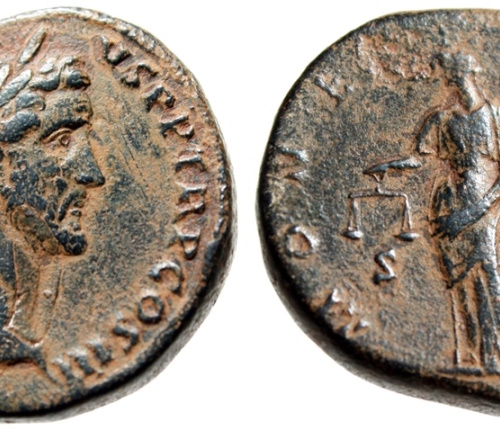 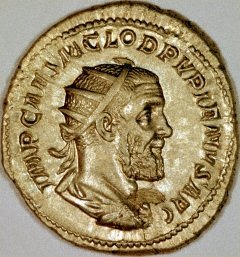 Portrait of Pupienus on a Silver Denarius