John Tristan Capet – A Crusader by Birth and Death

John Tristan Capet – A Crusader by Birth and Death Phil

My 21st great-uncle, John Tristan Capet, had French parents but uniquely he was born and died during two separate Crusades in North Africa.

The Crusades were a series of military campaigns by Christian knights, backed by the serving Popes, against the Muslims of the Middle East and the conflicts lasted nearly 200 years.

John Tristan Capet had a relatively short life and although he married, he never fathered children.

He was born in Egypt at Damietta on Thursday the 8th April 1250 during the 7th Crusade. Damietta had been conquered by the crusaders in the previous year – they landed in Egypt on 5th June 1249.

According to a chronicler of the time, Jean de Joinville (1224-1317), John Tristan was delivered with the aid of an old knight who acted as midwife during John’s birth.

Two days before John’s birth his father was captured during the Battle of Al Mansurah by Mamluks (Muslim slave soldiers) which was the reason to name him Tristian due to the triste occasion. His father was released upon payment of a ransom and the surrender of Damietta.

John Tristan was baptised in Damietta at the grand mosque which had been re-consecrated into a church.

Sometime during 1254 his family returned to France and later he inherited or was appointed:

His father wanted him to join the Dominican Order (Order of Preachers) but John resisted. Instead in June 1266 he married Countess of Nevers, Yolande II.

Eighth Crusade:
On 1st July 1270 John accompanies his father on the 8th and final Crusade; they set sail from Aigues-Mortes in Occitanie, southern France. The following day a second fleet under King of Navarre sailed from Marseilles. The two fleets joined up at Cagliari (Sardinia) and land on Tunisian soil on the 18th July.

Whilst waiting for the Sicilian contingent under the command of Charles of Anjou (John’s uncle), dysentery struck the army and John succumbed to the disease, dying on 3rd August. His father was struck down too and he died on 25th August.

Because of further diseases the siege of Tunis was abandoned on 30th October and the bodies of John and his father were returned to France and then buried at the Basilica of St Denis (now a suburb of Paris), France. 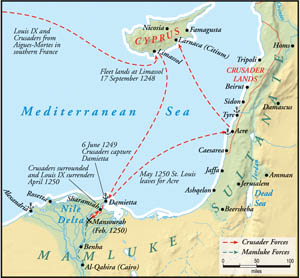 The Battle of Al Mansourah - the Seventh Crusade 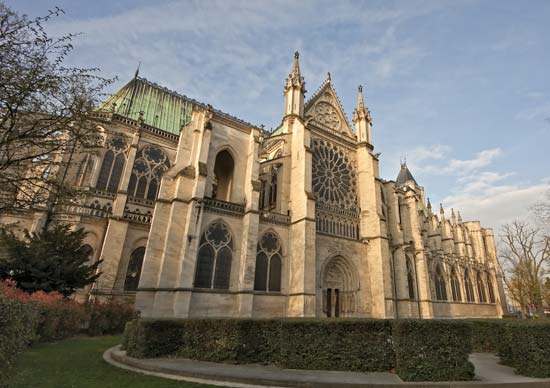