And like St George and Genoa, my tiny Spanish village also boasts its very own martyr. Manuel Aranda Espejo was born in 1916 and was shot in a nearby olive grove on 8th August 1936, a victim of religious persecution during the Spanish civil war.

The morning he died whilst on his way to work as a prisoner was described by some children who were taking water in the vicinity:

Manuel Aranda: But I say I will not say a word against God. For anything or anyone offend his name

Militants: blaspheme yes or no

Manuel Aranda: NO and NO

Manuel Aranda: Come from there

“We felt three shots and the ‘militants’ killed him.”

There is a memorial cross situated in the olive grove where he was brutally murdered and another at the village church.

I am not a religious person, in the church sense anyway, and I never met Manuel of course but I think about him from time to time. 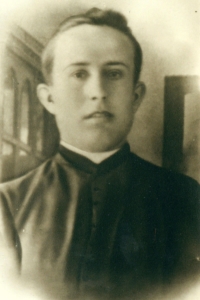