Shiitake Mushrooms – Grow Your Own

Shiitake Mushrooms – Grow Your Own

The Shiitake is an edible mushroom native to Asia where it is a symbol of longevity because of its health promoting properties and has been used in Chinese medicine for thousands of years. The name ‘shiitake’ comes from the Japanese language with ‘shii’ meaning wood of the tree and ‘take’ which translates as mushroom.

These fungi contain valuable amounts of iron which is one reason why vegetarians find them so attractive and because they have texture of meat, well, I like them too, so much so that I am attempting to grow my own. I am sure it cannot be difficult.

Once you have sourced the spores, I ordered mine over the internet and they duly arrived in the post smothering wooden dowels, it is time to start.

And my method is known as ‘forest farming’ – Shiitake grow on logs so it is a simple matter of drilling a few holes, inserting the dowels and sealing with bee’s wax. Now there’s a thing, because you need to use natural bee’s wax and not the chemical laden stuff that furniture is polished with, it became a major hunt to find which I finally did in a health food shop.

And living in Andalucía it is not very easy to create a damp and shaded forest. But try I shall. I’ll let you know in six months’ time. 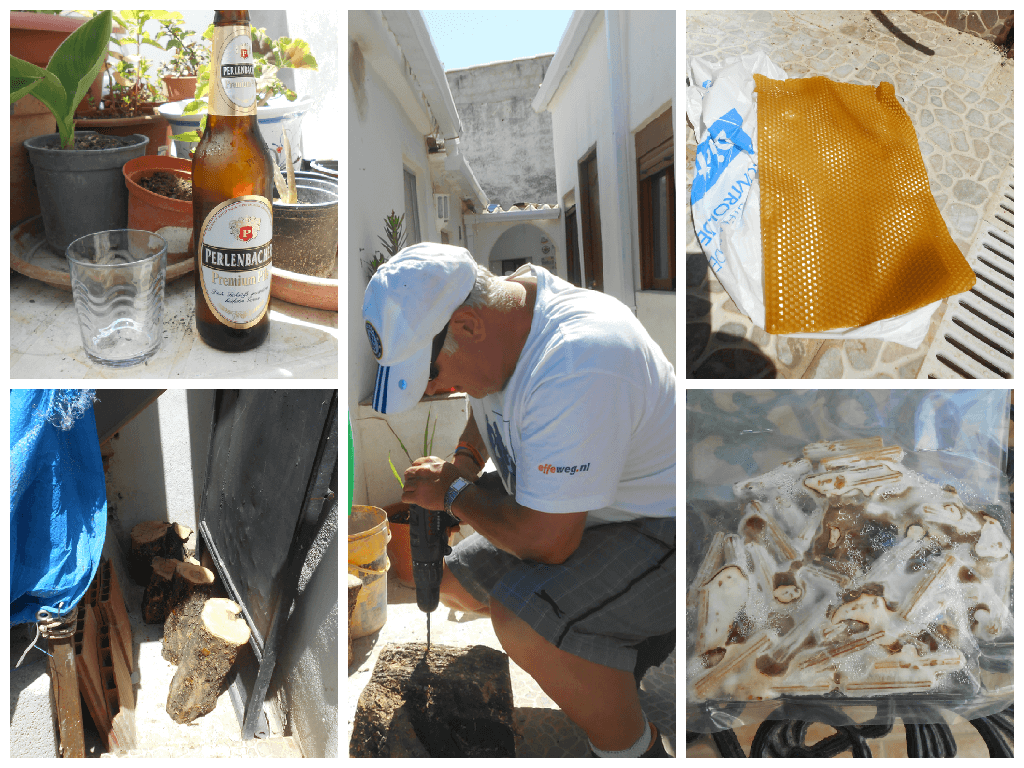 Peter Moes from Nerja quite rightly pointed out that I hadn’t returned to this post with an update. Well, I suppose that my failure didn’t enthuse me to do so but here it is. I tried to create ‘a damp and shaded forest’ but over the next six months searing summer temperatures probably put paid to any spawning. I tried again, starting in January. Another six months later nothing, nada, zilch and as the nights get quite cold here at 470m (1541ft) above sea level I don’t think the spores like that either. Meanwhile, when I have visitors from the UK (and sometimes elsewhere) they have to bring a bag of shiitake mushrooms otherwise I won’t collect them from the airport – that’s the deal.